These are insanely addictive, more so than any other type of flapjack I have made and I DO NOT KNOW WHY. I just cannot figure it out.

What I do know however is that for the sake of our health I should not make them too often, two people should not eat 16 flapjacks in 3 days... 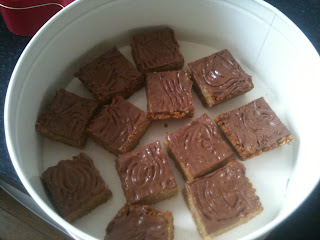 Preheat the oven to 180C/160C FAN and grease a square or rectangular dish. I used a square silicon mould which does not need greasing.

Mix the oats, flour and sugar in a large bowl. Put the golden syrup and butter into a pan over a gentle heat, stir occasionally, until melted. Tip into the dry ingredients and mix until well incorporated.

Press into the prepared pan until level. Bake in the oven for 15-20 minutes until golden. 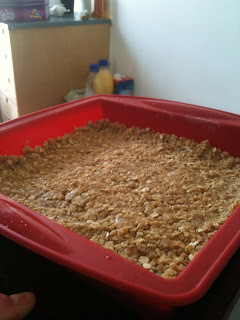 Leave in the pan until fully cool. Once cool gently melt the chocolate and spread evenly over the top. Leave until the chocolate has set then cut into pieces and EAT! 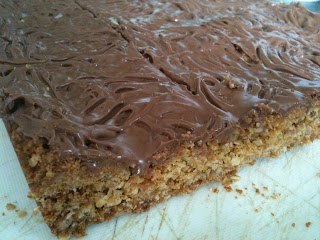